I don't think I'm alone in anticipating that my vacations are going to be awesome.  I acknowledged, in advance, that there would be some downsides...the six hour plane ride across the Atlantic in this case.  But, now that I'm in the thick of my Irish holiday, I find the awesome stuff:lame stuff ratio is skewed the wrong way.  I know, abstractly, that I don't sleep as well in beds that aren't my own, but now that's an omnipresent reality...I haven't slept a full night in a week, and it takes me hours, every single night, to fall asleep in the first place.  We've spent the past few days in the urban centers of Cork and Dublin, walking everywhere...my calves are in constant pain.  We've taken a couple of bus tours (Newgrange/Hill of Tara, and to the Bantry Bay area), which have consisted primarily of sitting and waiting...in the case of Newgrange, not even waiting while driving, but waiting in the visitor center since they limit the number of people at the actual site at any given time.  The route and bus combination to Bantry was so bumpy we had to to take anti-naseua meds half an hour in, then could hardly stay awake for the rest of the day.  Frankly, we're spending a lot of our time hoping the next destination will be better.

And yet...we stood in a 5,000-year-old tomb, made of stacked rocks, that has never leaked. (where I received a compliment on my Zelda hoodie while in said tomb...world first?)  We heard a pair of Leo Rowsome pipes played in unison by father and son.  I've made peace with the combination of milk and tea.  We've walked in astoundingly beautiful places. 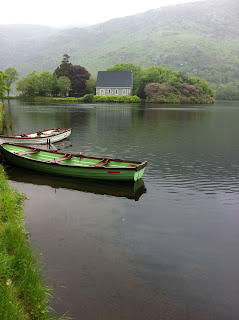 Taken moment by moment, this whole vacation thing is wildly overrated, but annoyance is ephemeral...I wonder, in a few years, if I'll remember why I was complaining at all. Even if it's 90% chore, I'm thinking the 10% awesome is probably worth it. 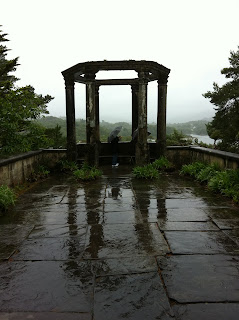 If you look back to this blog's archives in late 2009, you'll see that I got into Irish Traditional Music (ITM) in October of that year, at the O'Flaherty retreat.  The focus of the retreat is a series of classes focused on your instrument of choice, but each instructor also teaches an "enrichment" class sometime during the weekend - these generally focus on stylistic or historic topics.  I distinctly remember expressing surprise to my friend Lisa that the instructors were universally knowledgeable about this sort of thing, and that I didn't generally think of musical performers as the same sort of people as musical historians.  Lisa seemed a bit surprised, and informed me that, in this corner of the music world, there was quite a bit of overlap.

I now find myself, on the eve of two-week vacation in Ireland, knee deep in a complete history of the European flute (specifically Ardal Powell's "The Flute"), which is now my Irish instrument of choice.  I find myself wondering about the links between the heavily ornamented style of Baroque Art Music and ITM, and I frequently have to stop myself, when meeting new people, from launching into a detailed explanation of how the modern Irish flute derives from the early years of Rudall and Carte and their peers, including digressions into the introduction of the Boehm system and it's relationship to the Irish peasantry's contemporary financial situation, etc., etc., etc.
Posted by D Smootz at 7:46 PM No comments:

(The following outburst brought to you by: The Backbone Project)

I'm tired of musical snobbery.  I think it's wrong...and I don't mean in the sense of, "I disagree with your opinion", I think musical snobbery is objectively flawed, and I have a theory (okay, a hypothesis) stating precisely why and how.

First, let's get a little definition out of the way.  By "snobbery," I don't mean people asserting that they don't care for Rock, or Zydeco, or Gregorian Chant, or Elvis Costello.  I do mean, when people assert that only one, or a few types of music, constitute "real" music, and anything is a waste of time.  The "real" music is often Classical (meaning Western Art Music, but I'll continue to use the colloquial term), but sometimes it's Jazz (I've met a guy who insisted everything is directly derivative of Jazz), or something else...it doesn't really matter what.  Few people will make a claim of this sort outright, though I have encountered some, particularly as a music minor in college.  I think a majority of people will subtly imply it, though, or otherwise betray it as their underlying attitude (consciously held or not), sometimes dismissing styles they actually like as guilty pleasures.  I don't exclude myself - for a long time, that's how I mentally framed my attitude toward Metal, Hip Hop, Punk, House, Country, etc. (some of which I've grown to like, others I haven't...).

More specifically yet, I'm addressing snobbery that dismisses music by asserting that it lacks complexity.  In my experience, nearly all slights toward musical styles can be reduced to variations on, "It's all the same," "It has no content," "It takes no or skill or effort to make that kind of music," and more succinctly, "It's boring".  These all imply that complexity equals value, and I think that's close enough to true for the purposes of this discussion. That said, i can finally come around to my point:


If a style fundamentally lacks complexity, listeners (fans and critics) will get bored and move onto something else.  The obvious retort is, the masses tend to be tasteless idiots who wouldn't know complexity if it slapped them in the face.  And, I agree that a whole lot of people...the great majority of people...don't care that deeply or think analytically about music, and given a good media blitz, great swathes of the population may become temporarily enchanted by pretty much anything.  The mitigating factor is that, for the past few decades at the least, there has been a constant and intense steam of marketing activity pulling those masses on to ever-newer things.  So, when a significant number of people are still listening to something over time, in spite of all the hype and advertising attempting to pull them away, I think that's evidence that there's something to the music that's keeping their attention...and that something, whatever it is, is what I'd call complexity.

If you have large sample of people interested in a type of music, a subset of them will try making that type of music themselves.  If you have enough of them, some are bound to be relatively talented at it (maybe the distribution is a bell curve, maybe some other shape...but they're going to be distributed, and some will be at the more talented end).  Given the incentive to keep at it over time, some of them are bound to take the style as far as it can go, or "master" it.   So, assuming that a given style has some complexity, a large number of participants dictate that it's extremely likely that someone will be there with the talent and skill to explore it.


Tangentially, musical complexity can come in many different forms, and I think a lot of snobbery results from people trying to judge all unfamiliar styles of music by the rules of their preferred style.  As an example from my experience, Classically trained musicians frequently drop into the world of Irish Traditional Music expecting an amusing diversion.  At the risk of overstating my own knowledge, the complexity in Irish music lies primarily in improvised melodic variation, and to a lesser degree variation of ornamentation, rhythm and phrasing.  But, all this variation is hung on relatively short melodies, frequently with no harmony whatsoever, and arranged in only a handful of structures (with AABB, repeated a few times, being overwhelmingly dominant).  Most of the nuance is invisible to someone new to the style, even a trained musician.  Consequently, there's a steady stream of naive Classically-trained musicians (mostly violinists, since they're instrument is phycially the same as an Irish player's fiddle) dropping into the Irish music world, who upon observing the lack of complex harmonies and varied musical structures they're accustomed to, assume the music lacks any sort of complexity.  They plunge in and sound absurdly stilted and metronomic to all the established Irish players, who of course are focused on entirely different aspects of the music. 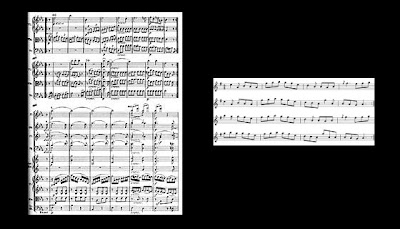 In the big picture, Classical music and Irish Traditional music are actually pretty similar.  It's no surprise, then, that Classically-immersed musicians don't tend to appreciate Trance, or House - electronic styles that don't even require live performers, and whose complexity is found in the studio... 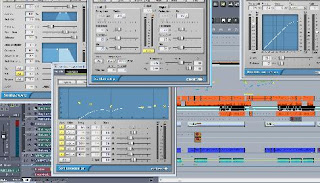 The reasonable conclusion, it seems to me, is that Rock, Rap, Country, Metal, Indian Classical, Motown, and yes, even Zydeco, are all "valid" musical styles...they're all complex, even if I, or you, don't understand how.  That certainly doesn't mean that everyone should like them, just that no one should dismiss them.
Posted by D Smootz at 10:14 AM 2 comments: